ARTICLES ON CLOWNING AND OUR APPROACH 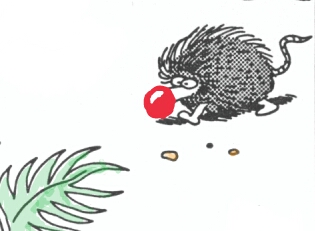 We are happy to provide these articles for you to read and only ask you to respect the author’s intellectual property and copyright – please ALWAYS quote your sources.
To read some of our more recent articles and interviews, you will need to join our mailing. We appreciate knowing what interest exists for our work and welcome your comments and support. You will receive updates and news twice a year. We do not share our mailing and you can easily unsubscribe.

Interview with Peter Lutzker
(Abstract only – order and buy article)

The Clown within the System – A conversation with Sharon Usher
In this interview, organizational consultant, group facilitator, community-builder,
clown and constellator, Sharon Usher talks about her experience of bringing
together two bodies of work – Improvisational Clown Theatre and Systemic
Constellations. She shares some of the learning from a collaborative training with
Judith Hemming in October 2010 called ‘Clowning Constellations and Community’,
which they ran in a spirit of exploration. Sharon also observes the way that both
disciplines work with the knowing field and how it influences her way of working.

Clowning, Special Needs and Clowning As a Special Need
An article by Laura Geilen describing her experiences in clowning and in working with special needs.

THE CLOWN ARCHETYPE: Reflections on the age-old wisdom within the fool’s humor
In this article Dr Deon van Zyl reflects on the figure of the fool, the jester and the clown and on what advice the archetype might offer us.

More than clowning around
Written by Dr. David Wheeler in the British Medical Journal – 04 Jun 2008
David Wheeler gives a GP’s view of clown improvisation workshops and tells how they have helped him to cope with the emotional workload of everyday consultations

Notes to the Theme of “Building a Community of Learners”
Written by Robert McNeer. The following article is based on a speech given by the author in November, 2007, at the “English Week”, an annual international conference of English language teachers at Steiner Schools held in Altenberg, Germany. The conference theme was “Building Communities of Learners in Waldorf Education”.

Directing in the Moment
Penny Tompkins and James Lawley

Clowning and the heart of teaching
Article written by Catherine Bryden
Published in Humanistic Language Teaching and in Steiner Education (Spring 2005)
Receive as email in Pdf file format. 3500 words

On clowning and learning how to be a GP: Interview with Dr. David Wheeler
Dr. David Wheeler is a GP and trains doctors in consultation skills at the Greenwich VTS in southeast London. Receive as email in Pdf file format. 4150 words

A conversation with Rob Leiper around psychotherapy and clowning.
Rob Leiper is a Clinical and Counselling Psychologist and a Psychoanalytic Psychotherapist. Receive as email in Pdf file format. 2400 words

usa – rudolf steiner institute 2002: the clown in me, understanding clown rules
Article written by Sheridan Hill – This is a link to her website. The article also appeared in the magazine Lilipo in Summer 2003.

gp journal: discover your clown within
Article published on 7 September 2001 in The GP Journal  by Dr. David Wheeler. 1000 words

clowning and the imagination
Article published in December 1996 in “Pratiques Corporelles” and written by Jean-Bernard BONANGE. Adapted and translated from the French by Vivian GLADWELL. 3200 words

looking for your clown … and finding yourself
Article published in 1984 in “ART ET THERAPIE” and written by Bertil SYLVANDER.Adapted and translated from the French by Vivian GLADWELL
4000 words