Below are those who completed the facilitation training but no longer attend supervision or facilitate with Nose to Nose. So the nature of their work may now be different from that of Nose to Nose.

Terry began organising Nose to Nose workshops in the UK in 1994. A trained counsellor, she works on a helpline for children and families and facilitates non-directive play with children and young people. She runs clown workshops for counsellors and for team building in organisation.

Paul taught drama and clowning at the Artemis School in Peredur, East Sussex where he first trained in Creative Speech. He also runs clown workshops for Waldorf teachers, doctors and Special Needs groups. He is currently directing a number of clown performances.

Born in the United States in 1957, McNeer has worked as an actor and theatrical educator in the USA and in Europe since 1977.
With a Bachelor’s degree in the “Interpretation of Literature” from Northwestern University, he also studied at the Mimenschule Ilg in Zurich and with Tadashi Suzuki in Togamura, Japan.
He regularly conducts seminars for actors and educators in Germany, and acting courses in Puglia, southern Italy. In 13 years of acting work with Teatro Kismet in Bari, Italy, he has also taught theatre in schools, prisons and psychiatric wards. He has worked as an actor in front of children and adults in Asia and the Middle East as well as throughout Europe.
In 1999, together with his wife Pia Wachter, he founded La Luna nel Pozzo (The Moon in the Well), a cultural centre in the countryside near Ostuni (Brindisi province), in southern Italy, where, aside from his work as director and actor, he continues his theatrical research with non-professional actors (young people, teachers, social workers, differently-abled), both in theatrical and non-theatrical settings, such as the countryside, town squares and historical neighborhoods, archeological sites. … read more.

Andy is a practicing GP. He has found that clowning maintained his sanity whilst working within the sometime mad world of public services.

He has studied clowning with Vivian Gladwell (Nose to Nose) Didier Danthois (Fool at Heart) Patch Adams (Gesundheit!) Angela De Castro (Why Not Institute of Contemporary Clowning) and others.

He has experience of clowning in theatre, street, social and institutional settings and more recently lead workshops using clowning to enhance communication skills and personal awareness for groups such as GP’s and Palliative care staff.

… and in memory of 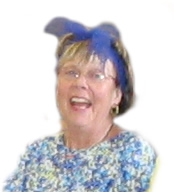 I spent much of my childhood making art and my first degree was in design, specialising in typography. Beginning in corporate design, I moved (via Masters’ degrees in Marketing and Responsibility and Business Practice), to business consultancy, action research and sustainability. I then came to weave arts-based practice back into the mainstream of my work. My involvement with sustainability issues brought to the fore the need for our species, to come to know the world in many different ways – including “presentational knowing” or arts-based practice. Increasingly, I have worked in the visual arts, improvisation, storytelling, clowning and forum theatre (in Sri Lanka) in my educational, business and development work. I am a Visiting Fellow at the Centre for Action Research in Professional Practice, and my consultancy work is deeply informed by and concerned with action research processes. This interweaving of my concerns was articulated in my unconventional 2006 PhD – “Wild Margins: Playing at work and life” which explores the overlapping relationship between purposeful work and the arts, and arts-based practice (especially clowning) which holds intentions around sustainability issues.