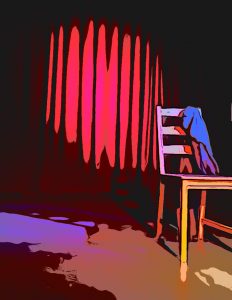 An advanced course to guide you towards creating and performing your own 15 to 30 minute clown solo or duo with support from two leading teachers in their field (clowning and comedy writing). A good grounding in clowning is required.

The course consists of 8 sessions of 3 hours each week (two 1.5 hours with a 30 minute break in between). If necessary, the course may be extended by one or two weeks.

Participants will be required to bring a written piece from which they can work during the course.

The course will consist of sharpening and honing the participants’ stories and scripts, and translating them into a clowning performance.

There will also be an opportunity for one to one sessions with both tutors during the course.

The last two sessions will consist of rehearsal and finalising their performance, either as a filmed stage performance or a short film.

The course is limited to 10 people.

Pre-requisite: Participants will need to have a script and to have previously worked with Nose to Nose up to level 3.

Course fee: £650 (PAYMENT IN INSTALMENTS CAN BE ARRANGED)

Application: Please send us a brief outline of your experience in clowning or theatre and some of the themes you would like to work on – ideally with the start of a script from which to work.

If you intend to work as a duo you can apply together with each of you giving a brief outline of your experience and the themes you would like to work on.

Send your application to performance@nosetonose.info

Note: On some IPADS or IPHONES you may need to “long press” the link above and open new tab.

To book a course follow the link Click here to book… above. You will see on the form whether there are available places.  Submit the form with your details and we will let you know how to proceed with payment of your deposit. Your deposit is REFUNDABLE  MORE than 2 months before the start of the course. There is a £20 admin fee for refunds.  If the course is cancelled your fee will be refunded in full.

We welcome those with or without previous experience of storytelling or clowning.

For more information about our way of teaching clowning and our style of work you can read the website articles. 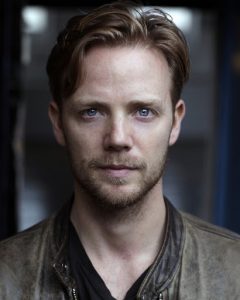 Harry ter Haar studied screenwriting at the New York Film Academy and attended the Royal Court Young Writers Programme. He has written and produced numerous short films, sitcom pilots and plays. His first short film Harry, Henry and the Prostitute stars Charlie Cox (Daredevil) and Fearne Cotton. Harry also acts in his work and in 2017 he wrote, produced and acted in three comedy plays on the London fringe, one of which was highly commended at the LOST One Act Festival. His recent short comedy film Boss Kiss, which he wrote and acted in, won best film at the CFK film festival. He has also written and acted in a new short film called Cheating which was adapted from his stage play that was staged at The Bunker Theatre in 2018. In 2019 a series of five short comedy plays Harry wrote were staged at the Jermyn Street Theatre. He is currently writing a comedy feature film and a sitcom pilot. 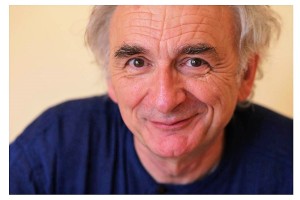 Vivian is the founder and director of Nose to Nose and has given hundreds of workshops around the world. He lives both in the UK and France where he started clowning in 1978. He speaks French and English fluently.
Vivian began teaching in 1988 as part of the Lifeways Festival at Emerson College – UK. He trained as a facilitator with the Bataclown in 1990 and joined their team in 1991 also working as a modern day Court Jester (Clownanalyst).
He created Nose to Nose UK in 1990, Nose to Nose of North America in 2006 and Fool View, the Social Clowning group and has trained facilitators in the UK, the USA, Germany and Italy – view history.
He continues his role as ambassador for the work by researching the applications of clowning in the context of teacher training, medicine, conflict management, ecology and intercultural work in many countries (South Africa, USA, Senegal, Vietnam, India, Malaysia, Italy, Germany, Norway…)

Q: Can I talk to someone? A: Yes, just send an email with your phone number to mail@nosetonose.info and we’ll call you as soon as we are free to do so.

Q: Are there still spaces available on the course? A: Just click on the link Click here to book… above. You will see on the form whether there are available places.

Q: Can you put me on the waiting list? A: Sure, just click on the link Click here to enquire and fill the form. We will put you on our waiting list and let you know when a place becomes available.